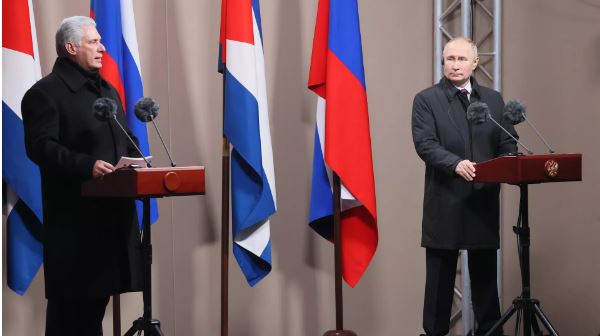 “The exhibition is dedicated to the 500th anniversary of Havana and the anniversary of Russian-Cuban diplomatic relations,” Matvienko said, noting that she was especially glad that Diaz-Canel participated in the opening event.

The exhibition of artwork about Havana is taking place in the Russian upper house’s building. It is the exhibition’s last stop after it traveled across Russia, seen by over 1.5 million people in 18 cities.

Matvienko expressed gratitude to those who took part in organizing the exhibition. She said that artists were able to convey Havana’s unique color and the mood of its streets thanks to their love for Cuba.

“The Federation Council [upper house] will enhance our interaction in culture and in the humanitarian sphere in general,” the chairwoman noted.