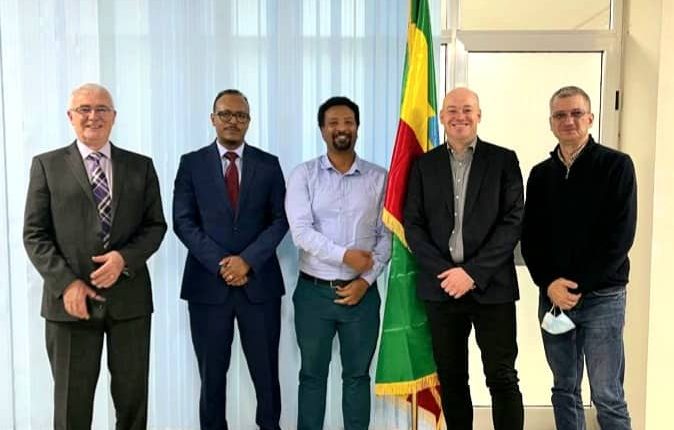 The arrangement was announced during a discussion held between Ethiopian Communication Authority and Safaricom Ethiopia leadership, it is stated that the company has faced no obstacle during the preparation to start the commercial launch of telecommunication operations in Ethiopia as planned.

Leading the discussion with Safaricom Ethiopia, Ethiopian Communication Authority Director-General, Balcha Riba asked for clarification on recent media reports stating that Safaricom has evacuated some of its staff members from Ethiopia and stated the need for the company to work in collaboration with the authority.

Safaricom leadership on the occasion reiterated commitment to continue the preparation and begin the commercial launch of the telecommunication in Ethiopia in April 2022.

A press release sent from Ethiopian Communication Authority stated that Safaricom has been finalizing preparations to begin operation consistent with its earlier plan.

Safaricom has been carrying out vital preparation works in the past five months, including network design, place identification, equipment import, and human resource, it was indicated.

The company said in its twitter that its leadership had a fruitful consultation session with Director-General Ethiopian Communication Authority Balcha Riba and Deputy Director-General Million Hailemichel on digital Ethiopia universal access and service policy and commercial launch preparations.

The Safaricom-led consortium comprised of Safaricom (Kenya), Vodafone Group (UK), Vodacom Group (South Africa), CDC Group (UK), and Sumitomo Corporation (Japan) is expected to invest over 8 billion USD in the course of a decade in Ethiopia, as well as create thousands of jobs, both directly and indirectly.