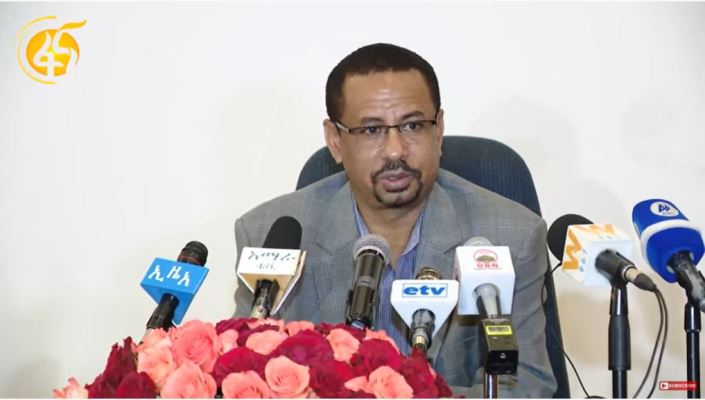 Following the completion of a three-week law enforcement operation against the TPLF tyranny, the Tigray Interim Government has been striving for instituting its administration in the areas liberated from the junta, it was indicated.

CEO of the Interim Administration of Tigray regional state, Mulu Nega told ENA that his administration has been established in the town of Shire Endasilassie through discussion with the local residents.

It is to be recalled the House of Federation has endorsed to set up an interim administration in the TPLF-ruled Tigray Regional State following the defiant clique vicious attack on the Northern Command Post of the ENDF.

Thus, the previous TPLF-led legislative and executive bodies, established last September following regional polls held in defiance of the federal government, will be eliminated and reinstated by an interim administration.

The CEO noted that the establishment of interim administration aimed at ensuring the benefits of the people of Tigray and sustains lasting peace by streamlining the previous administrative system.

Accordingly, members of council including the caretaker mayor of Shire Endasilassie have been elected, Mulu stated.

“We discussed in every Kebele and residents of the Kebeles each elected about 20 people. In total, these people came together and elected about 25 people from five Kebeles. Out of these 25 members of the Woreda Council elected five cabinet members. So, we have completed the structure of the Chief Administrator, Deputy Chief Administrator, Security, Capacity Building and Finance and Management. They will start working tomorrow,” Mulu said.

The councils of Woreda and Kebele have also been called upon to resume their duties, CEO said.

He further stated that the councils will elect leaders who will govern the people at the Kebele and Woreda levels. He affirmed that the interim administration will work with the people to restore peace and order in the city.

He also said that the -elected interim administration will reinstate new government structures that previously destroyed by the TPLF junta.

“Now, as we have seen, there is destruction particularly, the government institutions have been looted. As the region is free including the capital Mekelle to start work, the cabinet will be formed soon and the budget will be released to the Woredas. And I don’t think we will have much trouble,” Mulu said.

The CEO also called on the residents to work together with the interim administration to sustain peace and stability in the city and its environs.

“The elected leaders now need the support of the people and the people as a whole must work together. The new leadership also has to work with the people. So, the administration is going to prioritize for the people to return to normalcy. The other thing is the resettlement process as there are so many exiles. There is a slight security problem and those forces should immediately surrender and enter the peace process. In this regard, the leadership will work closely with the Defense Forces to address this issue,” he added.

Residents who participated in the formation of the interim administration said on their part that they are ready to play their role in maintaining peace and stability beyond restoring public service institutions in collaboration with the new leadership.

“It is up to us to make peace and stability. We are ready to take any responsibility that would be given by the interim administration,” said one of the participants.

Another partaker noted that “We have been insisting for the public services to be restored. But now there is no government structure like police, militia and Kebele staffs. So, it is a good move to form a new administration.”

Other areas of the regional state will also form an interim administration that would be elected by the people, the CEO pointed out.