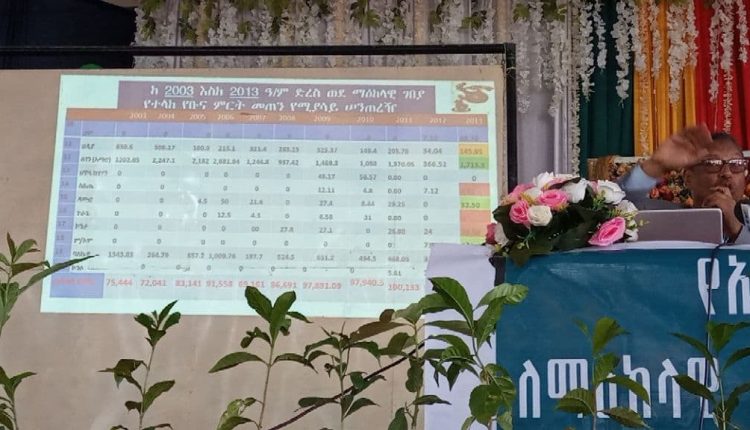 Addis Ababa, October 23, 2021 (FBC) –       The Southern Nations, Nationalities, and Peoples’ State (SNNPS) Coffee and Tea Authority says its first quarter coffee produce (to be supplied to the central market) has fallen short of the target.

The authority has a plan of garnering 1.2 billion US dollars from coffee export in the current Ethiopian fiscal year.

Lack of strong linkage between coffee farmers and traders and maladministration in the sector, including illegal trade, are mentioned, among others, as causes for the deficit of targets.

But Director General of the Authority, Rewan Kedir, said that activities are underway to achieve the overall annual target.

Amaro Special district as well as Gedeo and Wolyita zones have cited as displaying better performance in the first quarter.