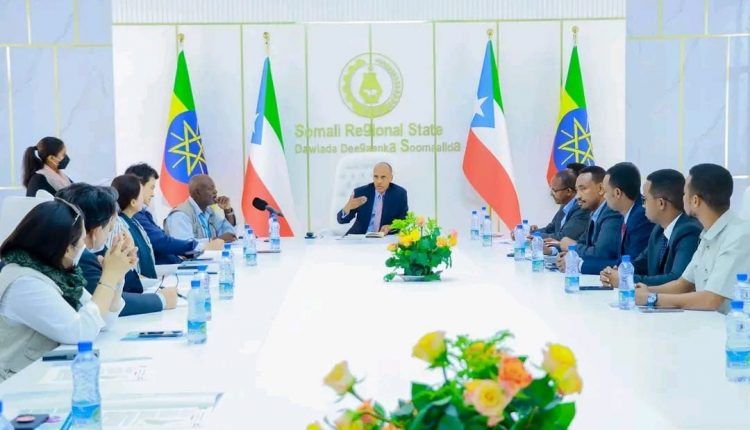 Mustafe received South Korean parliamentarians and a delegation from the World Food Programme, and discussed the humanitarian situation in the region.

In addition, he gave an explanation to the delegation, led by South Korean parliament member Lee Jae Jung, about the aid being delivered to people affected by drought in the region.

South Korean Parliament Members and officials of the WFP appreciated the regional government’s efforts to provide emergency food assistance to displaced people, and said that it is encouraging.

The delegation insisted that they will play their role in supporting the citizens and work with the Somali regional state government on sustainable development projects, as per the regional government’s communication service.