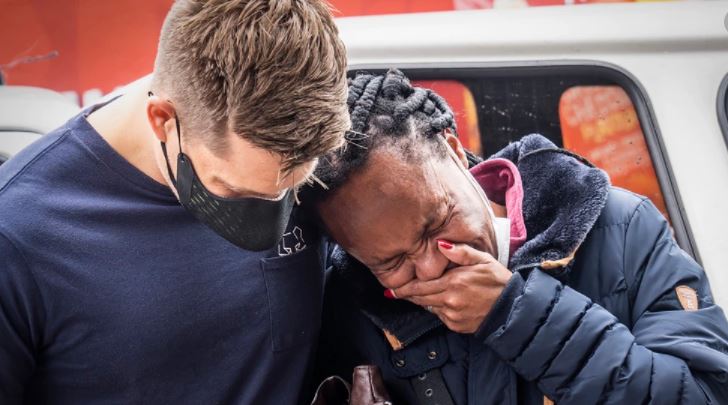 Addis Ababa, December 27, 2021 (FBC) – South Africa is observing a week of mourning leading up to the Saturday funeral of Archbishop Emeritus Desmond Tutu, who died Sunday at the age of 90.

Each day at noon, the bells at St. George’s Cathedral in Cape Town will toll for 10 minutes. A guestbook has been set up at the cathedral for mourners to sign.

Cape Town’s city hall and Table Mountain will also be lit up in purple each night until the funeral.

Tutu, a Nobel peace laureate was known worldwide for anti-apartheid activism and as a champion of human rights, is due to lie in state at the cathedral Friday.

“The passing of Archbishop Emeritus Desmond Tutu is another chapter of bereavement in our nation’s farewell to a generation of outstanding South Africans who have bequeathed us a liberated South Africa,” he said.

Tutu was far more than a spiritual leader. He spent his life advocating for civil rights and speaking out against injustice, corruption and oppression.

Thabo Makgoba is the Anglican archbishop of Cape Town. “He wanted every human being on Earth to experience the freedom, the peace, and the joy that all of us could enjoy if we truly respected one another. And because he worshiped to God, he feared no one. He named wrong wherever he saw it and by whoever it was committed,” Makgoba said.

Tutu was awarded the Nobel Peace Prize in 1984 for his activism against South Africa’s racist apartheid regime.

When Nelson Mandela was released from prison, Tutu housed him on his first night of freedom.

The archbishop then presented Mandela to the public as the country’s first Black president in 1994.