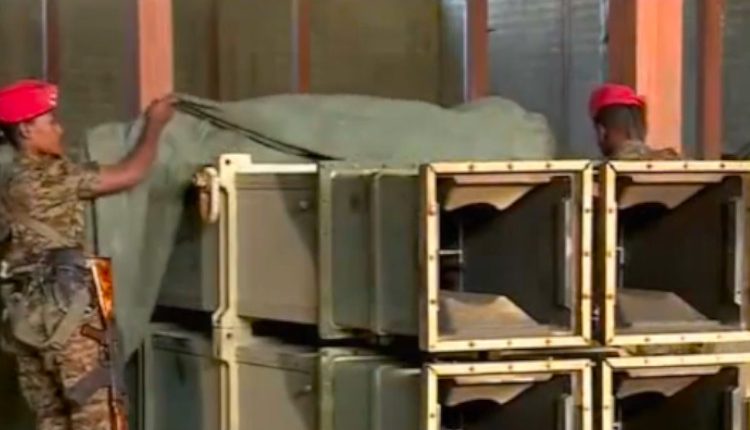 Addis Ababa, December 29, 2020 (FBC) – The special operations command has discovered 13 rockets which have been hidden by the junta in a privately owned storehouse in Mekelle city.

The rockets are said to be used by the TPLF Junta after it had opened the attack against the national army on December 24. TPLF Junta was firing the rockets to Bahir Dar and Gondar cities of Ethiopia and the capital of the neighboring Eritrea, Asmara, it is indicated.

It is stated by the rockets have been captured in a raid conducted by Wogagen Battalion of the second brigade of the Special Operations Command which is in control of Mekelle city.

It is learned that 7 rockets have been used out of the package seized in the hideout.

In a related story, a vehicle that was carrying rocket engine has also been captured in the outskirts of Mekelle city.