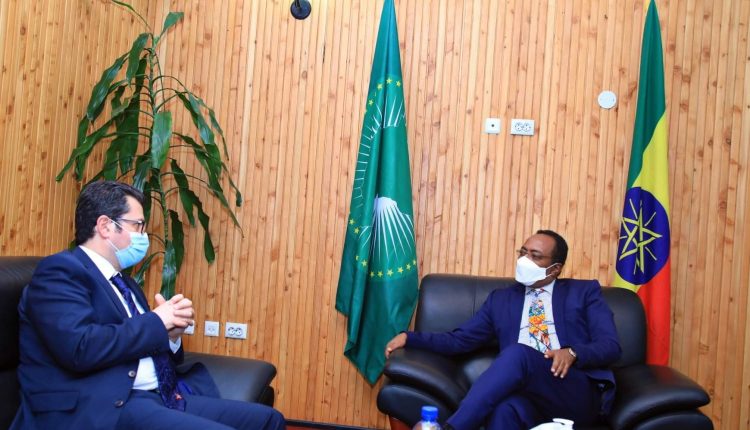 The State Minister appreciated Ambassador Abdullayev for his relentless efforts in building up relations between the two countries.

Referring to Elman Abdullayev’s assignment in the UNESCO, the State Minister hoped that the Ambassador would help Ethiopia advance its interests in the organization.

Ambassador Elman Abdullayev, on his part, said he was delighted during his stay in Ethiopia and underlined that relations between the two countries should further be expanded.

Ambassador Abdullayev stayed in Ethiopia for six years as an ambassador of Azerbaijan to Ethiopia.