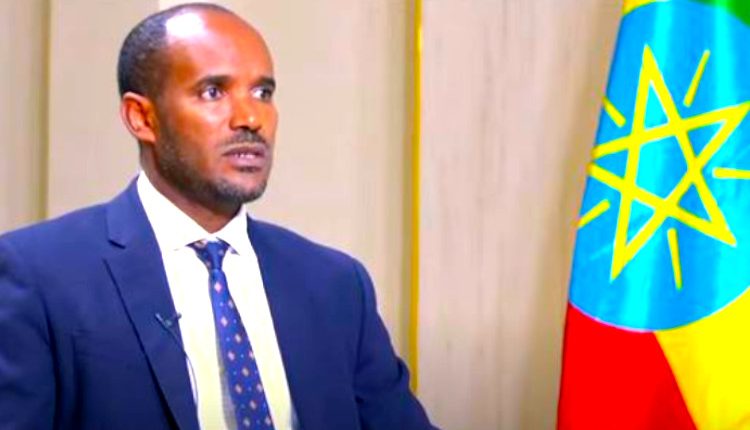 Addis Ababa, January 18, 2021 (FBC) – In his exclusive interview with Policy Matters, Senior Macroeconomic Advisor to the Prime Minister Office and National Bank of Ethiopia, Melesse Minale said that the Stock Exchange initiatives originates from the home grown economic reform program that the government of Ethiopia announced a year ago,

Macroeconomic policy reforms, the structural reforms and sectoral reforms were the main pillars of the homegrown reform and development of capital markets was also one of the pillars, underlining that finance is a key for economic development. Ethiopia is one of the largest economies without a stock exchange, he said.

National Bank of Ethiopia has been taking the initiative to put the Stock Exchange into work, he underlined, adding that there were studies and proposals especially since the 1990s which served as a background for the program.

The government has looked at current standards, principles and best practices of countries that are relatively at its level of development and with a relatively successful history of capital market development while devising the stock exchange proclamation, Melese underscored.

Before drafting the proclamation, the government discussed with stakeholders and engaged with both local and international experts on key policy issues to have a common understanding about what is the right set of policies for Ethiopia to adopt, the advisor said.

Besides the National Bank of Ethiopia, an intergovernmental working group comprising Ministry of Finance and the Attorney General has participated in the process, he noted.

Melesse said: “And then we circulated that draft again to a broader group of stakeholders and compiled feedback, and incorporated that feedback. And then we basically presented it to the government officials and then finally was considered by the Council of Ministers and adopted by the Council of Ministers and now being forwarded to the House of People’s Representatives for approval.”

The National Bank of Ethiopia is now working to also launch a well functioning interbank money market, which is also critical to create liquidity as short-term stage of the financial market. Europe based money market experts are are supporting the initiative.

On the first phase, he said: “We are also working on the technological infrastructure, making sure that we have an infrastructure that that supports a foster many market development. We are working on the legal framework for the interbank money market, to ensure a secure financial transaction.”

He added: “We need to have a modern monetary policy framework that uses market based instruments, which fosters development for markets, and at the same time also improves the effectiveness of monetary policy.”