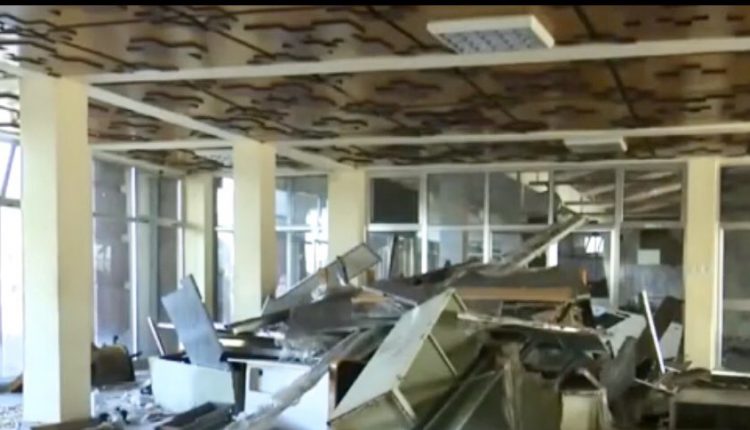 Addis Ababa, December 6, 2021 (FBC) – The terrorist TPLF vandalized the Airport of the World heritage site and one of the holy cities of Ethiopia, Lalibela.

Coordinator of the Gaint-Gashena Front Command Post, Sisay Damte said that the deliberate destruction of the airport of the UNESCO inscribed site Lalibela clearly shows the criminal group’s detestation of Ethiopia and its people.

The terrorist Group deliberately destroyed all the infrastructures in the airport of the historical town. Lalibela is renowned religious site and tourist attraction at the same time that attracts many from across the world, he said, adding that the vandalism committed by the Junta aimed to hold back nation’s progress in the tourism and other economic activities.

Regarding the destruction of the Lalibela Airport, Special Representative of Ethiopia to the United Nations, Taye Atske Selassie said:  :When TPLF razed to the ground the Airport of the holy city of Axum people called it insanity. Now right before they we’re being routed from the hills of Lasta they ransacked  and destroyed the Airport of the historic town of Lalibela. This indeed is unrivaled act of criminal thuggery”