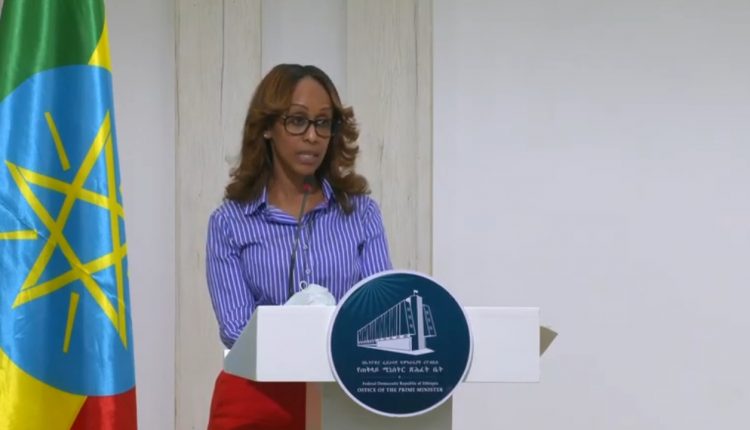 Addis Ababa, June 9, 2021 (FBC) – In a Press briefing held on Wednesday, Press Secretary for the Office of the Prime Minister, Bilene Seoum stated that Tigray Emergency Recovery Plan (ERPT) which is being developed by the government together with the partners will be launched soon.

The response plan builds on existing successful whole of government approaches and aims to strengthen and scale up development and emergency programs and community structures, she explained.

All schools in Mekelle City are open with the exception of those that have been designated to host internally displaced persons, Bilene said.

As per the Ministry of Education, all schools in Adwa, Adigrat and other cities are already registering students and opening up. The Ministry of Education is currently in discussions with the Tigray regional provisional administration on extending up the upcoming 12th grade examination as the students in the region have to cover three semesters that had been disrupted due to covid 19 before they’re able to sit for the exams, the Press Secretary outined.

Fake allegations on utilization of chemical weapons are still being reverberated and utilized to try to influence in International opinion. So these are within the package of fake news and misinformation and disinformation that we have touched upon the last time, She said.

Notable steps are being taken by lobbyists of the terrorist group aimed to politicize the target situation at a global level, Billene noted, adding that the government still reiterates that it’s not constructive or helpful.

It may benefit members of the terrorist group and embolden them in their destructive mission and the vicious cycle that they have entered into. But it does not support the people of the region, nor does it support Ethiopia at large.

The rightful direction of pressure needs to be towards a withering terrorist cell that now only thrives via social media bravado, and entities that thing it can be resuscitated, channeling this energy towards supporting the provisional administration, and the federal government will be helpful to the people of the gray and to the nation overall.