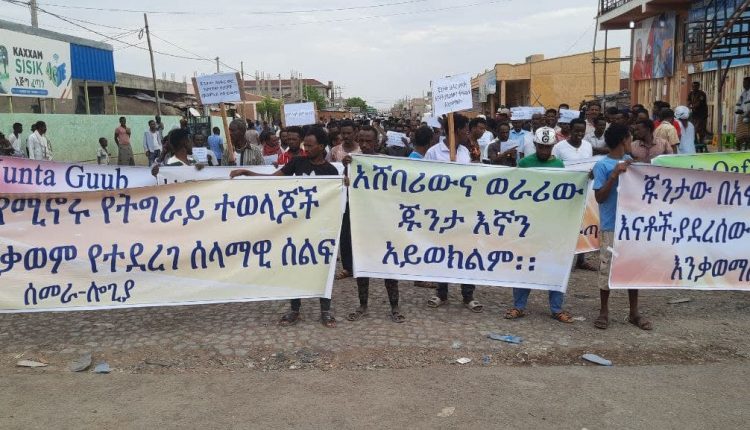 A number of ethnic Tigrayans in Logia and Semera towns of Afar took to streets to denounce atrocities being committed by the terrorist TPLF against civilians in various northern parts of the country.

Demonstrators said the TPLF had committed crimes against humanity attacking innocent civilians including women, children, elders and peoples with disabilities in Amhara and Afar regions.

They carried placards read like “TPLF doesn’t represent people of Tigray”, “We strongly denounce atrocities being committed by the terrorist TPLF Group”, “We stand by IDPs who fled homes due to terrorist attacks by TPLF”