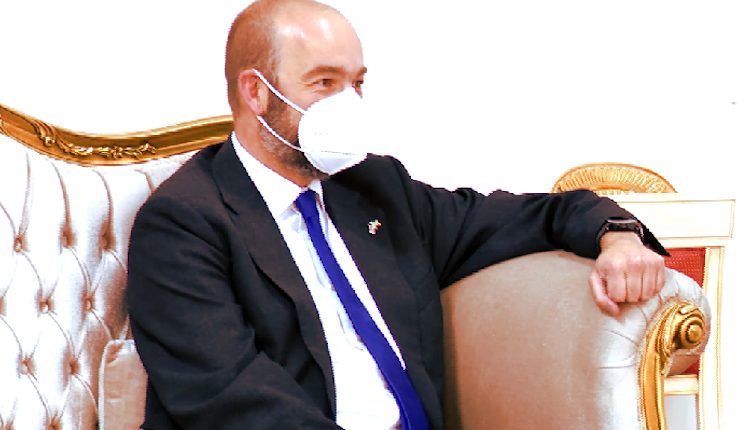 The Under Secretary of State for Africa, James Duddridge made the remark in a press conference conducted on Wednesday following the conclusion of his three-day official visit to Ethiopia.

According to Duddridge, during his visit he held discussions with higher government officials about the current status of the GERD and the ongoing tripartite negotiations between the three countries as well as on other issues of mutual concerns.

He said “we welcome President Cyril Ramaphosa’s mediation. We welcome the continued technical discussions on the dam.”

UK’s Under Secretary of State for Africa has also urged the countries to continue with their discussions as it is important for the development of region.

According to ENA, Duddridge has further indicated the importance of the African Union to resolving the dispute on the dam.

He also conferred with Deputy Chairperson of the African Union Commission, Kwesi Quartey and discussed on ways of strengthening relations with African Union.

The Deputy Chairperson, during his discussion with Duddridge expressed gratitude to the Government of UK for committing to donate 20 Million USD towards the AU COVID-19 Rapid Response Fund and UK’s continuous collaboration with the African Union.

The UK is one of Ethiopia’s most dependable partners in its fight against poverty with an annual financial assistance of 300 million pound.