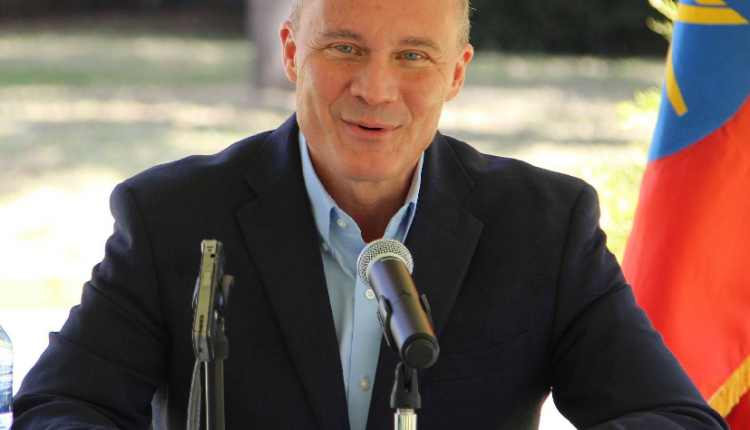 Addis Ababa,January 25, 2021(FBC)-The US government has extended over $3 billion over the past three years in support of Ethiopia’s own governance, development, and humanitarian priorities, the outgoing U.S. Ambassador to Ethiopia Michael Raynor disclosed.

In his media roundtable discussion on Monday, ambassador Raynor said Ethiopia is a key strategic partner to the US and one of its oldest friends in Africa or anywhere.

“The strength and success of Ethiopia – and its people – fully align with the United States’ interests as well,” he underlined.

Hence, he said the US government has provided financial and technical assistance to the social and economic development of Ethiopia during the past three years of his term as an ambassador, he said.

“We’ve brought well over 3 billion dollars in U.S. government resources into Ethiopia during that time, in support of Ethiopia’s own governance, development, and humanitarian priorities. That’s a lot of money, and our two countries have done a lot of good with it.”

US has also expanded economic growth opportunities – from helping farmers boost their agricultural output, to supporting young entrepreneurs to build their own futures while creating jobs for others, to facilitating many millions of dollars in U.S. commercial investments in Ethiopia, the ambassador indicated.

According to the ambassador, for COVID-19 specifically, the US government brought in over 180 million dollars in additional U.S. government resources to help Ethiopia manage the health, economic, and humanitarian challenges of the pandemic.

“And we remain the top supporter – at well over $200 million – of Ethiopia’s efforts to transition toward true democracy, social justice, and economic opportunity, which are the essential ingredients for long-term, durable peace and stability as well,” he added.

The ambassador has also mentioned current challenges, opportunities, U.S. investments in different sectors, the significance of media, and expressed his hope Ethiopia would succeed overcoming all challenges, according to ENA.