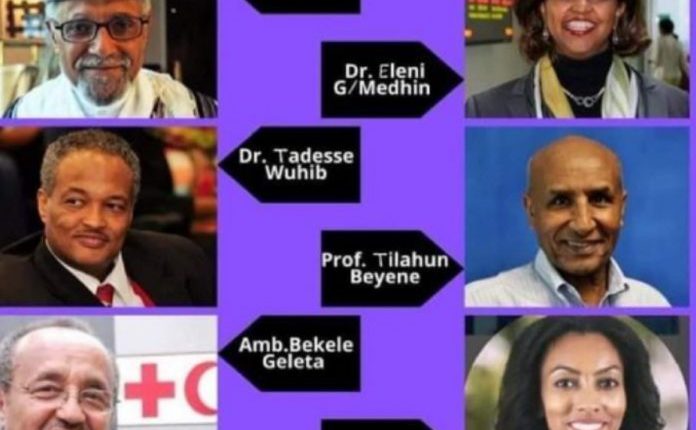 Addis Ababa, November 25, 2021 (FBC) – A video footage has been exposed when several Western diplomats conspiring with leaders of the TPLF to overthrow the democratically elected government of Ethiopia by force.

The footage showing them frankly discussing plans to overthrow the government under the leadership of Prime Minister Abiy Ahmed, according to investigative journalist Jeff Peace.

Top US, UK and European Union diplomats with longstanding connections to Ethiopia during its 27 years of TPLF rule met on Zoom on Sunday with a “chief representative” of the TPLF, trading ideas about the group’s potential to seize power and the Ethiopian National Defense Force’s (ENDF) ability to stop it.

The meeting comes as Western states continue to posture themselves as neutral in the conflict and while the Biden administration puts heavy pressure against Ethiopia, it was indicated.

Currently, US administration is imposing economic sanctions on Ethiopia for supposedly exacerbating the situation.

Among those seen in the video are US Ambassador to Somalia Donald Yamamoto; Vicki Huddleston, former Chargé d’Affaires ad interim to Ethiopia; former US deputy assistant secretary of defense for African Affairs and US assistant secretary of state for Africa; and Berhane Gebre-christos, a longtime TPLF official who served as Ethiopia’s ambassador to the United States for 10 years.

After it came to power in 1992 until 2002 and was later Ethiopia’s ambassador to several European countries, the EU, and to China, Berhane was also foreign minister from 2010 until 2012. He was introduced in the meeting as a “chief representative of the TLF,” an older name for the TPLF.