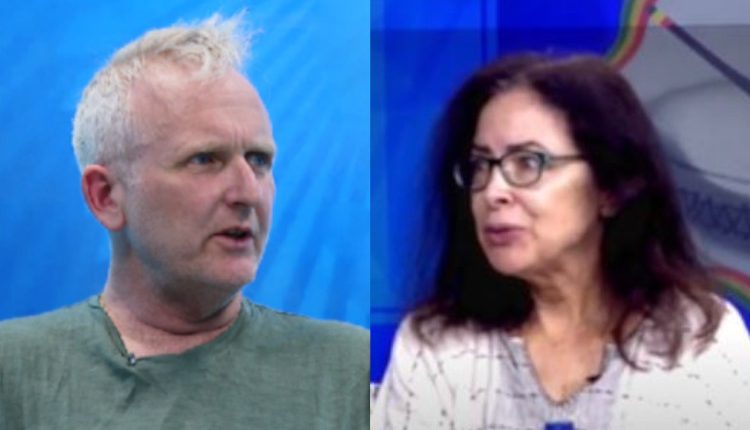 Addis Ababa, May 31, 2022 (FBC) – International Community’s failure to hold The Terrorist TPLF and its enablers accountable have resulted in the prolonging of war in northern Ethiopia, Scoop’s Editor Alastair Thompson and Producer at Pacifica Radio Network Ann Garrison said.

In particular, the IC also remained tightlipped when it comes to denouncing the misconduct of WHO Chief Dr. Tedros Adhanom, Alastair Thompson said.

Journalists from international media who have witnessed the horrific crimes the terrorist TPLF committed in the neighboring Afar and Amhara states in person made the global community’s negligence as the major factor for the public’s suffering in the aforementioned area.

Journalist and Editor at New Zealand Publication called Scoop Alastair Thompson told EPA that the conflict is horrific and western community who manage this conflict has made it worse and the IC doesn’t seem to be willing to acknowledge that the TPLF is the cause of the war.

It is becoming very clear that the war is continuing because of the International Community’s failure to hold TPLF accountable, address the misdeeds of the public servants like Tedros Adhanom Director-General of World Health Organization, who is needlessly prolonging the conflict. The story of this conflict hasn’t been told, he indicated.

“I spoke to a monk welded by monastery and told me experiences of monks in that monastery which was invaded eight months ago and a number of monks were killed and being tortured, many others were assaulted. Travelling to Afar, I was quite shocked to discover that the true story of what has happened in Afar is much worse than we had understood.”

Before their withdrawal from Abala, Afar region the terrorist TPLF remnants have disrupted all of the people and caused close to one million displacements. The information that we have had about the war is very poor and news from social media are wrong, which is among the core problems indeed, he stated.

We have clear video evidence that the TPLF is actively recruiting child soldiers and the elderly again to conduct another invasion. None of this is being reported in international media partly because of the Ukraine war and IC doesn’t seem to be willing to acknowledge that the TPLF is the cause of the war and as they have perpetuated the war.

It is completely clear that another catastrophic war will go ahead unless the international community, particularly the U.S. changes its position and seeks to try and pursue the path of peace; and the only way they can do so is to put pressure on the terrorist TPLF.

“The terror enterprise clearly thinks that they can act with impunity and continue to enjoy the support of the UN in Europe and America though the situation is desperately wrong,” he noted.

Also, Journalist and Producer at Pacifica Radio Network Ann Garrison said that immense suffering in Amhara and Afar regions has occurred because of the terrorist TPLF. Amnesty international and human rights watch have also typically defended the state department position.

Following the conflict, the U.S. government started to lining up behind the terror syndicate as it was constantly being told on the media that ethnic Tigrayans are the victims.

She said, “I feel that it is my responsibility to come and observe what’s really going on and do my best to inform the American public and also the global community. I spoke to drivers of the International Committee for Red Cross convoys, refuges and others.”