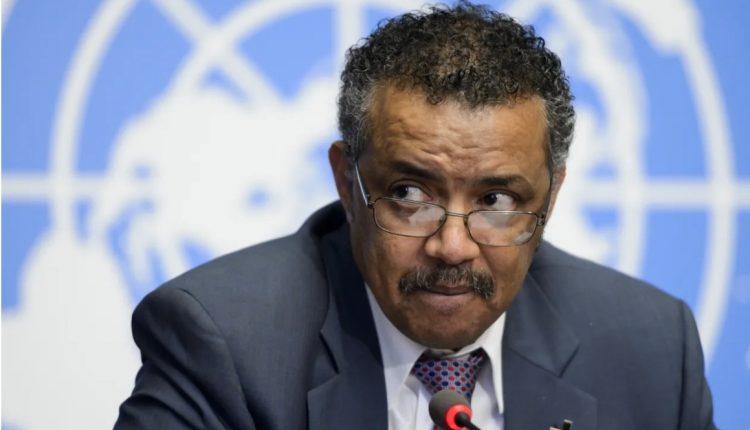 UN World Health Organization chief Dr. Tedros Adhanom is also the world’s most prominent advocate of the Tigrayan People’s Liberation Front. He has said nothing about the TPLF’s recent theft of fuel intended for UN relief efforts in Ethiopia.

On the morning of August 24th, fighting in Ethiopia’s Amhara Region shattered a ceasefire in a nearly two-year war between the Ethiopian government and the Tigray People’s Liberation Front (TPLF).

“I was asked what the impact of the renewed fighting was having. This morning, on August 24th, a World Food Programme warehouse in Mekelle was forcibly entered by Tigrayan forces who took 12 fuel trucks/tankers with 570,000 liters of fuel. The team on the ground unsuccessfully tried to prevent this looting.

These stocks of fuel were to be used solely for humanitarian purposes, with the distribution of food, fertilizer, and other emergency relief items. This loss of fuel will impact humanitarian operations in supporting communities in all of Northern Ethiopia.

We condemn any looting or confiscation of humanitarian goods or humanitarian premises, and we call on all parties to uphold their obligations under international humanitarian law and to respect humanitarian personnel, activities, assets, and goods.”

The TPLF, who control Tigray regional state, have always claimed to represent the people of Tigray, who are no doubt suffering as a consequence of the war. But the faction’s brazen heist of fuel needed for humanitarian relief operations makes it difficult to believe it actually cares about the conflict’s human toll.

As Tedros’ party steals from UN’s largest humanitarian agency, he looks the other way

One hour after Dujarric’s August 24 briefing, UN World Health Organization Secretary-General Dr. Tedros Adhanom Ghebreyesus was busy tweeting about a conference in Togo. By early afternoon on August 25th, Tedros had returned to do more of the same before moving on to tweeting about Ebola vaccinations in the Democratic Republic of the Congo.

Yet Tedros – who also happens to have been a leader of the TPLF and the faction’s prominent advocate – had absolutely nothing to say about his political party’s theft of 600,000 liters of fuel from the UN’s most important humanitarian agency.

One week later, many of Tedros’s 1.8 million Twitter followers are still waiting for the WHO chief’s response to the TPLF fuel heist.

As The Grayzone revealed, UN staffers have previously accused Tedros of flagrantly violating UN code to further the objectives of his political allies in Ethiopia’s conflict.

Tedros uses his UN post to lobby for his TPLF party

Tedros served as the TPLF’s Health Minister from October 2005 to November 2012, and its Foreign Minister from November 2012 to November 2016, while it held power in Ethiopia’s capital Addis Ababa. Eight months after leaving the foreign ministry, in July 2017, he was appointed as the World Health Organization’s Director General and thus, beginning in 2020, the manager of the global coronavirus pandemic.

In 2018, a year after Tedros assumed his post at the WHO, a popular uprising ousted the TPLF from power, after which they retreated to Tigray. Ethiopia’s parliament then elected Abiy Ahmed as prime minister; he won a popular election two years later.

In November 2020, in a seeming bid to return to power, the TPLF attacked fellow soldiers at Ethiopia’s Northern Command Base, initiating the ongoing civil war. Prime Minister Abiy immediately dispatched national troops to Tigray to stop the insurrection but withdrew them in July 2021. The TPLF then invaded Amhara and Afar regional states, until the Ethiopian national army and regional forces drove them back into Tigray and the Ethiopian government declared the humanitarian truce that ended on August 24th.

Throughout this time, no one has been more vocal and visible than Tedros in accusing the Ethiopian government of deliberately fomenting a humanitarian crisis in Tigray, blockading food aid to Tigray, and even committing genocide in the region. He has never, however, acknowledged the pain and displacement that the TPLF has inflicted on Amharas and Afaris.

Throughout April and May of this year, I traveled through Amhara and Afar regional states and saw thousands huddled in IDP camps, all in dire need of food, water, medicine, and sanitation.

Around this time, the Internal Displacement Monitoring Center reported, “Conflict and violence triggered more than 5.1 million new displacements in Ethiopia in 2021, three times the number in 2020 and the highest annual figure ever recorded for a single country. The conflict in the northern region of Tigray deepened, spreading to neighboring regions and uprooting millions of people from their homes.”

Within hours of the unprovoked TPFL attack on Ethiopia’s national army in November 2020, the TPLF and its advocates took to Twitter to cry “Tigray genocide!” Meanwhile, the most vehement humanitarian interventionists in the US, from  USAID Chief Samantha Power to congress members Tom Malinowski, Brad Sherman, Ilhan Omar, and Gregory Meeks, to name a few, joined the calls to defend Tigray and destabilize the government in Addis Ababa.

Malinowski’s bill, House Resolution 6600, which has yet to reach a vote on the House floor, demands the Ethiopian government’s total capitulation. “Sanctions will be lifted,” it says, “only after: (1) The Government of Ethiopia has ceased all offensive military operations associated with the civil war and other conflicts in Ethiopia.”

The TPLF enjoyed wholehearted US support throughout its 27-year rule, from 1991 to 2018, in exchange for its compliance with the US agenda in Africa. As former CIA and State Department official Cameron Hudson commented to Foreign Policy, “This is a major strategic shift in the Horn of Africa, to go from an anchor state for US interests to become a potential adversary to US interests.”

In 2015, shortly after the TPLF announced that it had won a thoroughly implausible 100% of the seats in Ethiopia’s parliament, Susan Rice and Barack Obama traveled to Addis Ababa to congratulate the party on its democratic achievements.

How do the TPLF keep fighting?

If Tigray is suffering such terrible deprivation, as the WHO’s Tedros, the TPLF, and their humanitarian interventionist allies insist, where do the TPLF find the resources to keep fighting? War is expensive. It requires the constant resupply of weapons, munitions, vehicles, food, emergency trauma care, and intelligence technology.

We may have a partial answer to that question now that both WFP Chief David Beasley and the UN Secretary-General’s spokesperson Stéphane Dujarric report that the TPLF have broken into a WFP warehouse and stolen 12 fuel tankers containing 570,000 liters of fuel that is desperately needed for humanitarian relief operations.

Hundreds of WFP aid convoy trucks have also disappeared into Tigray, though without a trace of official outrage.

The TPLF’s  seizure of food aid and its use of food to force recruitment and otherwise exploit civilians has been widely reported by Tigrayan IDPs who have fled to the Amhara region, as well as by Tigrayan troops who were captured or who surrendered in Afar Region. Again, none of this malfeasance triggered protests at the very top of the UN hierarchy as the fuel heist has.

Will WHO Chief Tedros call WFP Chief David Beasley to explain this heinous crime by his political faction?

The future of solar energy in Ethiopia

The future of solar energy in Ethiopia