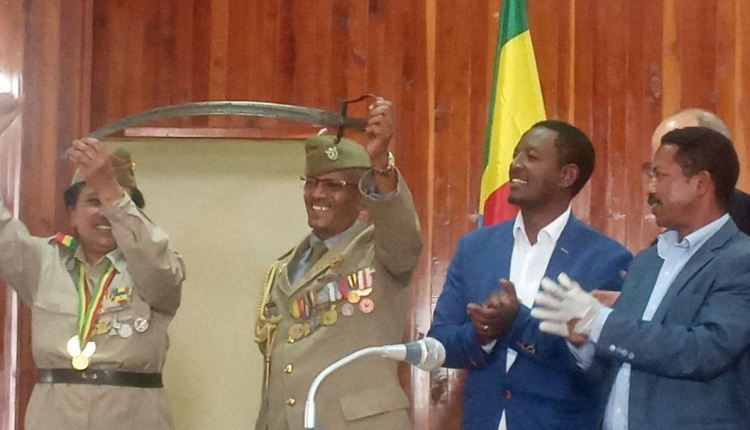 Addis Ababa, January 21, 2022 (FBC) – The sword belongs to Emperor Menelik that was used by the king at the battle of Adwa along with many artifacts has been returned to Ethiopia from the United States.

Ethiopia’s National Heritage Restitution Committee has handed over the treasures to Authority for Research and Conservation of Cultural Heritages.

An ancient wooden cross, letters, photographs, postcards and other gifts exchanged between emperor Haileselassie and foreign leaders and other invaluable manuscripts are among the heritages restituted along with the sword of the emperor.

During the handover ceremony, Deputy Director of the Authority, Assistant Professor Abebaw Ayalew said the heritages practically show the past glory of Ethiopia which are known in history, adding that the generation is entrusted with a responsibility to preserve such assets.

President of the Association of Ethiopian Patriots Lij Daniel Jote along with other prominent figures have attended the handover ceremony.

The heritages were purchased by an American army officer at Kagnew Station, and he returned them to Ethiopia voluntarily, according to Mel Tewahade, an Ethiopian Diaspora who is a member of restitution committee.