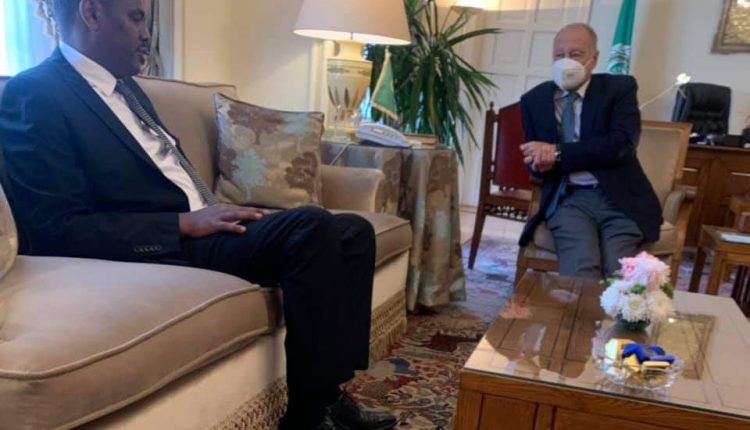 During the meeting, ambassador Markos expressed Ethiopia’s discontent with the recent statement issued by the League with regard to the border dispute between Ethiopia and Sudan that ignores Ethiopia’s position and facts on the ground.

He reiterated Ethiopia’s position that any differences can be resolved through negotiation once status quo ante is established.

Ambassador Markos further underlined the strong and principled desire of Ethiopia to reach a peaceful and amicable solution that upholds the interests and long standing friendly relations among the peoples of the countries.

On the GERD negotiations, Ambassador Markos refuted the targeted characterization of Ethiopia as intransigent and explained Ethiopia’s unwavering commitment and relentless effort to find a solution acceptable to all parties.

Ambassador Markos thanked the Secretary General for receiving him and expressed his hope that future engagements of the league on such issues would focus on helping to achieve negotiated and amicable resolution.

The Secretary General expressed the league’s determination to support peaceful resolution of disputes in the region and agreed to continue to work closely with the Embassy, according to Ethiopian Embassy in Cairo.