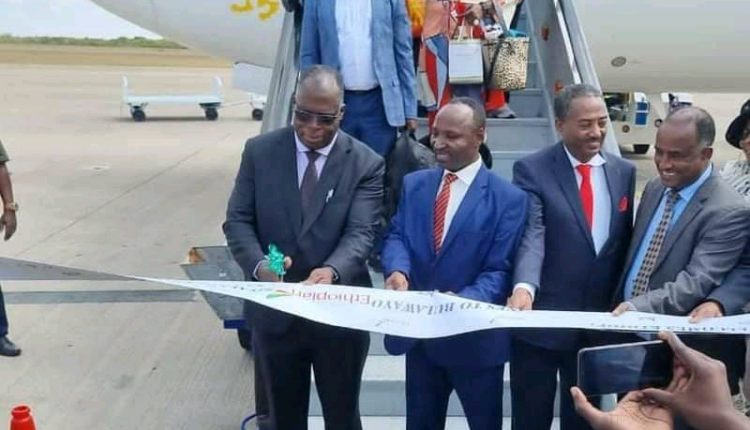 Addis Ababa, October 31, 2022 (FBC) – Ambassador of the Federal Democratic Republic of Ethiopia to the Republic of Zimbabwe, Rashid Mohammed, joined on the launching of the Ethiopian Airlines new flight to Bulawayo in Zimbabwe.

In his speech, Ambassador Rashid congratulates the commencement of the first flight of Ethiopian to Bulawayo and noted that this direct flight is a new milestone in the history and bilateral relations of the two countries.

Permanent Secretary at the Ministry of Transport and Infrastructural Development of Zimbabwe, Theodius Chinyanga, for his part, praised the inauguration and expounded the opportunities attached to it

Ethiopian Airlines has been flying to two other cities in Zimbabwe – Harare and Victoria falls, with its first flight to Harare in 1980.