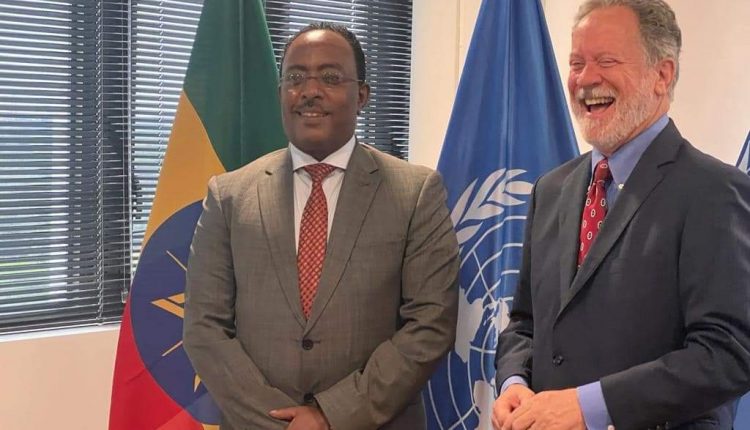 In their discussion, Ambassador Redwan briefed the Executive Director about the current developments in Ethiopia, including the Humanitarian situation.

Concerning the claims of the TPLF on fuel shortages, Ambassador Redwan said just last week 3 fuel tankers, carrying 137, 913 liters, arrived in the Tigray region, which is enough for the humanitarian supply operation.

He said the Government of Ethiopia has been committed to accelerating the supply of humanitarian support to the Tigray region, including fuel and cash.

It is agreed that the amount of fuel supply to the Tigray region is subject to the amount of food and non-food supplies to be distributed in the region, he said.

As long as all requirements are evidence-based, the federal government is ready to increase the amount of cash and fuel, Ambassador Redwan stressed.

Ambassador Redwan highlighted the continued act of the TPLF in obstructing the humanitarian supply to the people of the Tigray Region, mentioning the denial of Humanitarian air cargo in Mekelle Airport since yesterday.

The Executive Director, on his part, mentioned the significant improvements in humanitarian supply to the Tigray Region with the support of the Regional and Federal governments by recalling his recent visit to Ethiopia.

David Beasley underscored that WFP is working diligently to boost humanitarian support to those affected by conflicts and drought in Ethiopia.

Finally, the two parties agreed to work closely on the ways that keep the momentum of fuel supply in the Tigray Region and Humanitarian assistance in Ethiopia, especially to those victims of conflicts and droughts across all Regions of Ethiopia.