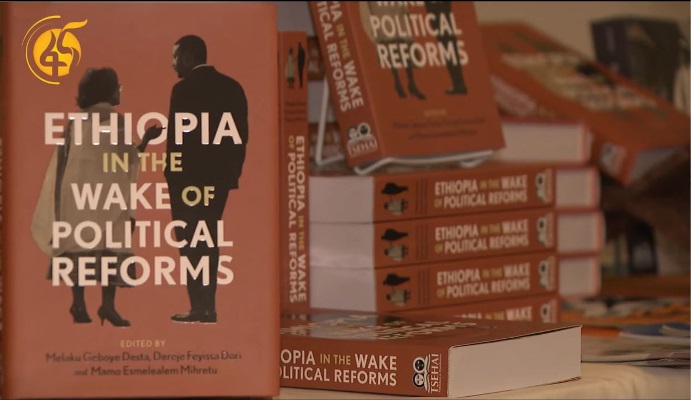 Addis Ababa October 22, 2020 (FBC) -“Ethiopia in the Wake of Political Reforms”, a book that surveys the reform carried out over the last two years, was launched today.

The book, which has four parts, covers the political reform, economic reform, federalism and nation building, and foreign policy as well as national security.

Authors of the book are some 20 prominent foreign and Ethiopian scholars and academicians, according to ENA.

The book reviews the sweeping reforms in the political, economic and social spheres. It also shows the community’s awareness about the reforms and the future directions of the reform.

“Ethiopia in the Wake of Political Reforms” is believed to be a timely collection of thoughtful essays that impact the political reform in Ethiopia and contribute to an understanding of the country’s challenges by covering a wide range of issues.

Scholars, prominent figures and journalists attending the book launch ceremony at Addis Ababa University are discussing the book published by the office of the Prime Minister.

NISS, Mossad agree to jointly fight terrorism in Horn of…