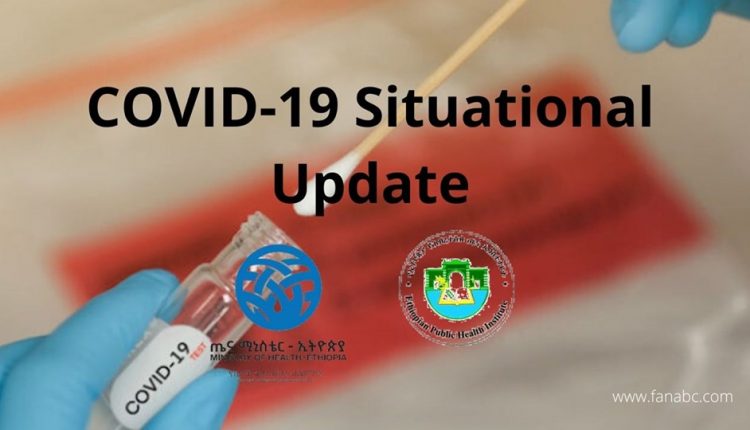 Addis Ababa, June 19, 2020 (FBC) – The number of confirmed coronavirus cases in Ethiopia has reached 4,070, and the death toll climbed 72 to as the country has reported 116 new cases and 7 deaths over the last twenty four hours.

The new confirmed cases have been identified from 4,809 samples tested over the last day, according to Ministry of Health.

The new cases reported today are all Ethiopians aged between 3 and 78 years. Some 76 of them are male and the remaining 40 are female.

Out of the new confirmed cases, 101 are from Addis Ababa, 6 from Oromia, 4 from SNNP and the other 4 from Amhara, Tigray, Gambella, Afrar Regional States and the remaining 1 from Dire Dawa City Administration.

Some 93 patients have also recovered from the virus, taking the total number of recoveries in the country to 1027.

There are now a total of 2,969 active cases in Ethiopia, with 32 of them in a severe condition. The total number of tests conducted so far has reached 207, 023, according to Ministry of Health.