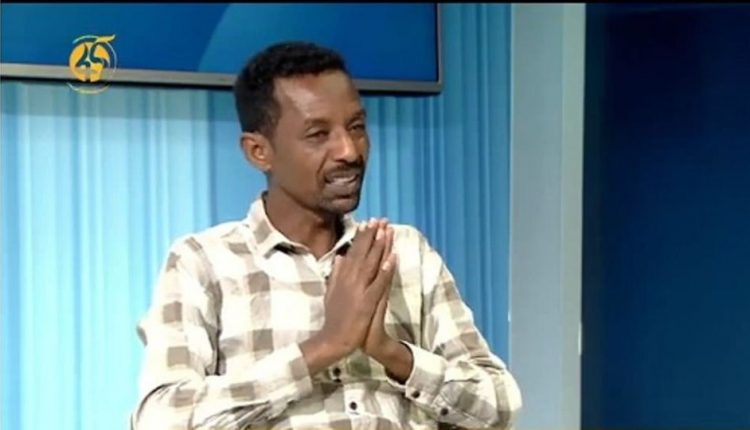 Addis Ababa, May 20, 2022 (FBC) – In an exclusive interview with FBC, a former official of TPLF who ran away from Tigray has recounted the hostile situation in the region due to continued aggression of the group on the people.

Engineer Yemane Haile who was a Deputy Chief Administrator of North Western Zone of Tigray and Interim Administration of the region. Yemane had escaped from Tigray and joined IDPs in Amhara Region before he came to Addis Ababa a few months ago.

Yemane recounted that TPLF committed brutal atrocities against on members of the interim administration immediately after the national army had withdrawn from the region following the first unilateral ceasefire declared by the government.

TPLF forces committed orchestrated killings on members and leaders of the interim administration, he said. The people are under serious aggression and brutal rule of TPLF facing multifaceted social problems, he stated.

Yemane said he had dodged an attack attempted by assassins of the terrorist organizations were deployed into the community. TPLF deliberately dissociated the people of Tigray from its Ethiopian brothers and sisters so as to use the region as a haven, he noted.

A large number of youth conscripts who survived the war after sustaining serious injuries are currently receiving treatments in universities and hospital in Mekelle, Yemane explained.

TPLF forces are also causing sufferings on people who are running away from Tigray intercepting them en route to Amhara Region, he added. They are snatching money and other properties from IDPs and rapping girls and women who are escaping from the region, he said.

IDPs from Tigray who fled their homes to neighboring Amhara due to TPLF aggression are in a better and safe condition in the region, he added.