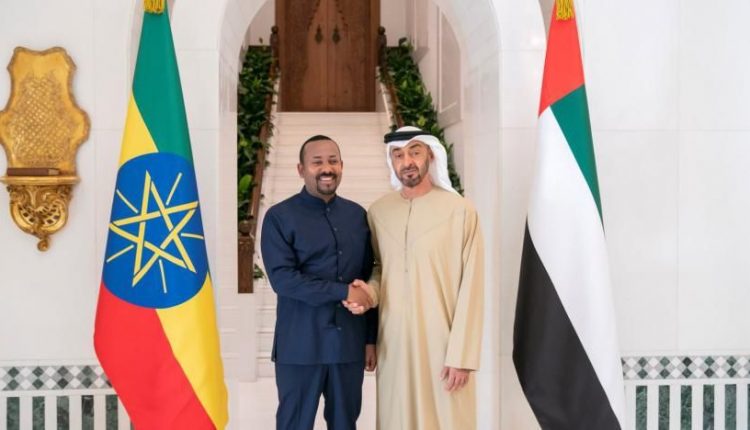 At Dubai beach Abraha and his companions spend some good moments together chatting and talking about their homeland, Ethiopia in the ETHIOPIA STAR COFFEE SHOP which is deemed a shelter that provides them good opportunities to achieve their dreams in a decent life in UAE.

Abraha says that he enjoys being with his Ethiopian friends more than earning money, adding that despite the comfort of life in Dubai City, the homesickness is haunting him.

Abraha and his Ethiopian friends are part of the Ethiopian diaspora in UAE, who are estimated to be a hundred thousand working in business, services and the greater part of them in domestic labor.

The UAE has enjoyed historical ties with Ethiopia for more than two decades. In 2018, the bilateral relations have deepened. Indeed, this choice didn’t come out of a vacuum, it shows the strong willingness of the two country’s leaders in the importance of an economic cooperation which is vital for both of them. Furthermore, the relationship between the two countries have been developed significantly in recent years especially in the areas of investment, agriculture and trade etc. Moreover, the two countries work in tandem when it comes to international/regional issues and areas of common interest particularly the peacemaking efforts in the African horn.

The external trade (non-oil) except free zones, had reached 809 million USD in 2012 with surplus in the trade balance (629.2) for the UAE. The non-oil products represented 87.4 million USD; whilst the re-export for Ethiopia represented 632 million USD with 90 USD of imports. Concerning the Ethiopian exports for the UAE during the first half of 2013, it reached 49 million USD.  It is worth noting that the UAE was ranked 10th at the trade partner’s level importing from Ethiopia; while the Ethiopian imports from the UAE reached 171 million USD in the first half of 2013. The UAE is the second state after Saudi Arabia when it comes to investments in Ethiopia. In fact, the UAE investments were three billion USD in 2014. It is worth mentioning that the volume of mutual trade was 873.6 million USD in 2015-2016.

The UAE played a big role in the historic peace agreement between Ethiopia and Eritrea, contributing to the consolidation of the security and stability therein and particularly in the African horn as well as the whole region. The UAE affirmed its support for the peace agreement because of its willingness to build good international relations, taking into account the good neighborhood and respecting the international pacts and conventions.

The UAE has recently provided Humanitarian assistance to Ethiopia. It sent 46 tons aircrafts load to the Tigray region to alleviate suffering caused by the last war from people.

The UAE is willing to help Ethiopia and the people over there to overcome the critical situations caused by the war and the spread of Covid-19. To do so, UAE announced last March its aid (85 million USD) to combat the humanitarian consequences in the African horn and supporting the Humanitarian operations in Ethiopia.