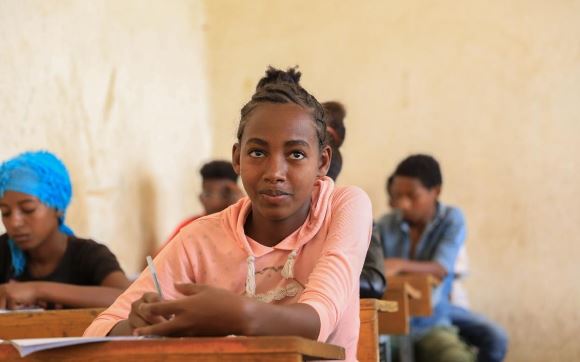 Addis Ababa, November 23, 2022 (FBC) – Ethiopia has been making education accessible for over 183,000 refugee and asylum seekers residing in the country, Refugees and Returnees Service (RRS) disclosed.

“The government has been implementing access to education with partners. Currently, there are 54 primary schools, 85 preschool and 12 high schools for refugees and asylum seekers. Besides, it has helped refugees get technical and vocational training in collaboration with other partners,” he said.

As to him, every year, about 1,200 to 1,500 refugee students join tertiary education or university. In addition to the government, other partners and stakeholders have been supporting the education sector in refugee camps.

He said, “Ethiopia is the third largest country in Africa hosting refugees and asylum seekers next to Uganda and Sudan. It has been giving various human rights and other protections as part of its commitment.”

He pointed out that the country has a long history of hosting refugees, maintaining an open-door policy and providing humanitarian access and protection to them.