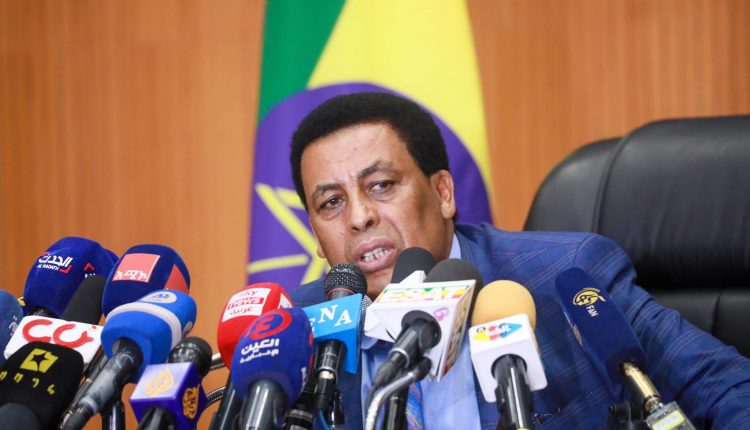 Addis Ababa, June 23, 2022 (FBC) – Spokesperson of the ministry of Foreign Affairs of Ethiopia, Ambassador Dina Mufti briefed local and international journalist on latest developments in Ethiopia based on political and economic diplomacy spheres.

According to the Spokesperson, Janez Lenarčič appreciated Ethiopia’s peace efforts and its commitment for unfettered humanitarian access to Tigray and other parts of the country in need and reiterated EU’s support for the endeavors.

The delivery of aid to the Tigray region has reached a milestone, going well beyond the UN’s stated goal of 500 trucks per week, Dina indicated, calling on humanitarian partners to expedite support to affected people in the Amhara and Afar regions in addition to the Tigray region too.

Ambassador Dina also reaffirmed commitment of the government to collaborate with partners in ensuring peace and boosting humanitarian support to people in need.

On the other hand, Ambassador Dina said representatives of the EU met with Authorities of Egypt on the Grand Ethiopian Renaissance Dam (GERD), and subsequently issued a statement.

The statement is issued in favor of Egypt undermining Ethiopia’s rights to fairly utilize its resources so that the Government of Ethiopia rejects the biased stance of the EU on the dam.

Saying that Special Representatives of countries and international organizations have paid visit to Ethiopia since the last week, the Spokesperson noted Ethiopia is working hard to strengthen its relationship with countries based on its foreign policy.

The China- Horn of Africa Peace and Development Conference which has been held recently in Addis Ababa was fruitful in enhancing partnership between China and countries of the region. Ethiopia has successfully held the East Art and Culture Festival and well promoted its cultural values to the rest of the world.