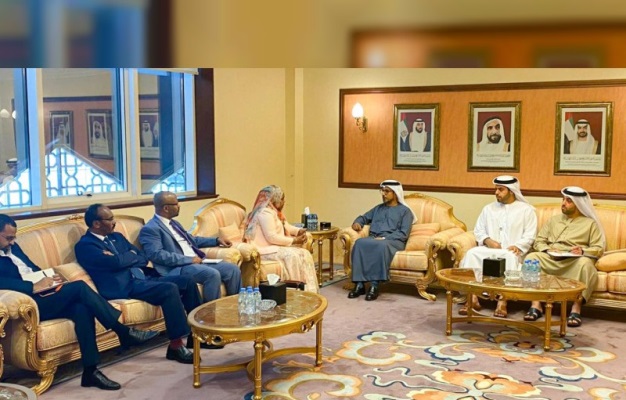 During the meeting, the two sides discussed strengthening collaborations and explored joint efforts to further finance development projects and investment opportunities in Ethiopia.

Mohammed Saif Al Suwaidi said, “Over the years, ADFD has played an important role in advancing sustainable economic development in Africa as a whole, including Ethiopia.

“The visit of the Ethiopian Minister of Peace is a significant opportunity to discuss ways to enhance cooperation between the Fund and the Ethiopian government in all aspects of development funding and investment.”

For her part, Muferihat expressed her appreciation to the UAE and ADFD for their sustained development assistance to Ethiopia.

She praised the Fund’s efforts in supporting economic and social development in various developing countries around the world.

ADFD and the Government of Ethiopia enjoy strong ties dating back to 2012. Since then, the Fund has financed two development projects in Ethiopia worth AED119.4 million (approx $32.5m).

The meeting was attended by Khalifa Al Qubaisi, Deputy Director-General of ADFD, and several high-ranking officials from the two sides.

They discussed a number of issues related to cooperation between the two friendly countries, especially in the policing field.

Present at the discussion held in Abu Dhabi, were Ethiopia’s Federal Police Commissioner General, Endeshaw Tassew and senior police officers of the UAE, according to WAM.

Relations between Ethiopia and the UAE have been witnessing a significant progress at all levels since Prime Minister Dr Abiy Ahmed took office.