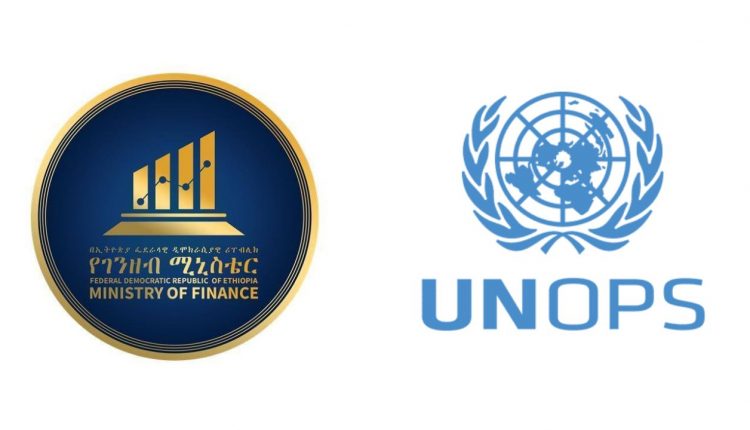 Addis Ababa, July 12, 2022 (FBC) –Ethiopia has signed a third-party implementation agreement with the United Nations Office for Project Services (UNOPS) for the implementation of the World Bank-financed recovery project in Tigray.

According to the Ministry of Finance, the agreement was signed today by Ahmed Shide, Ethiopia’s Minister of Finance and Werknesh Mekonen, representing the UNOPS.

The project is part of the government’s national recovery program financed by the World Bank with the name Response-Recovery-Resilience for Conflict-Affected Communities in Ethiopia project.

The project are aimed at rebuilding and improving access to basic services and climate-resilient community infrastructure as well as improving access to multi-sectoral response services for Gender-Based Violence (GBV) survivors; in selected conflict-affected communities in Ethiopia.

Based on the agreement with UNOPS, the agency will implement activities identified under the first objective of the Project in the Tigray regional state, it added.

The second objective of supporting GBV survivors will be implemented by another third-party implementer on which negotiations between the agency and the government are taking place.

According to the agreement, UNOPS will implement the activities of, providing rapid response services to Communities in Tigray consulting the community.

It will also reconstruct basic service providing infrastructures affected by the conflict in consultation with the communities as well as support community-level social institutions.