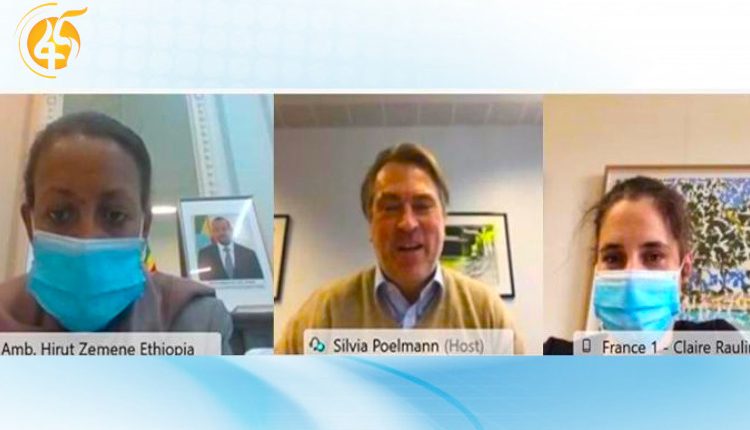 Ambassador Hirut’s discussion with German and French permanent representatives to the EU Political and Security Committee, Ambassador Thomas Ossowski and Ambassador Claire Raulin respectively focused on various issues including ongoing reforms in Ethiopia, among others.

During the meetings, Ambassador Hirut Zemene exchanged views with both ambassadors on the ongoing political and economic reform agenda in Ethiopia, Relations between Ethiopia and the EU and the ongoing trilateral and technical negotiations on the Grand Ethiopian Renaissance Dam (GERD).