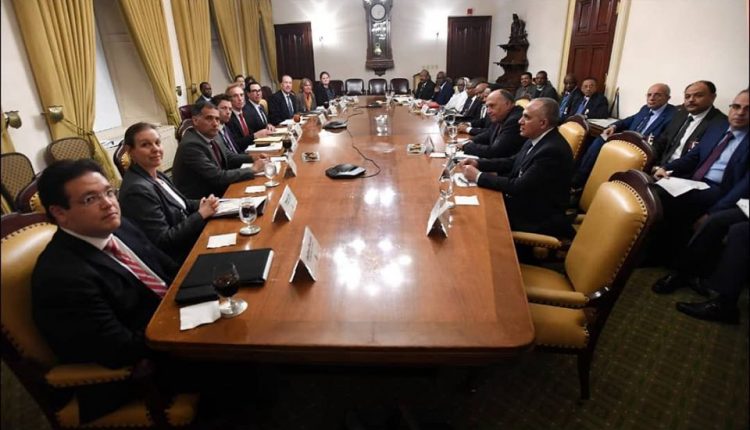 Addis Ababa, January 31, 2020 (FBC) –The meeting of Foreign Ministers of Ethiopia, Sudan and Egypt on the Grand Ethiopian Renaissance Dam (GERD) has continued for the 4th day in a row.

The three countries commenced their discussion in Washington DC  on January 28 to finalize an agreement on the filling and operation of the dam.

Dr Seleshi said the meeting will focus on reviewing the legal write up of the agreement on filling and operation that started in Khartoum last week.

The United States Secretary of the Treasury and the President of the World Bank (WB) are attend the meeting as observers.

The three countries met last week in the Sudanese capital Khartoum for technical and legal discussion on the filling and operation of the dam.

During the meeting held two weeks ago in Washington, the three countries agreed the filling of the dam to be executed in stages.

They also agreed the filling to take place during the wet season, from July to August, and will continue in September subject to certain conditions.

According to Dr Seleshi, Ethiopia will start filling the dam at the end of this year. It will be completed within 4-7 years.

More than 70% of the works on the dam has so far been completed. GERD is scheduled to be fully completed in 2023.