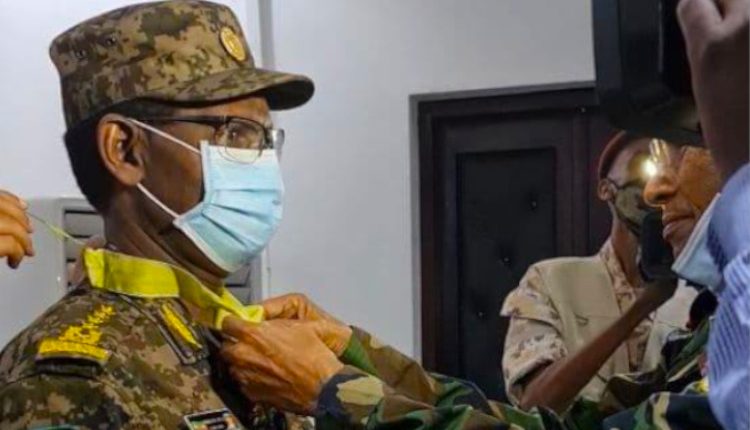 It is indicated on the award ceremony that General Birhanu Jula has won the highest military medal for his effective military leadership in the completed law enforcement operation in Tigray and his great contribution to peace and stability in the country and the region as well.

Extending his appreciation to General Birhanu Jula, the Djiboutian Chief of Staff of the military, General Zekaria Shiek Ibrahim said that belligerence of the TPLF Clique would have wrecked regional instability if it was not effectively thwarted by the Ethiopian National Defence Force.

He also reaffirmed commitment of the government of Djibouti to maintain the longstanding cordial partnership with Ethiopia.

Chief of Staff of the army, General Birhanu Jula, to his part, extended gratitude to the government of Djibouti for the award pledging to continue commitment of the Ethiopian army for regional peace and security.