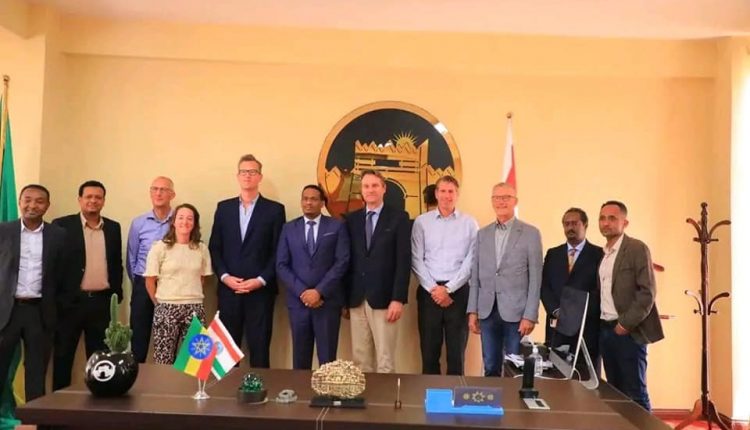 Addis Ababa, October 5, 2022 (FBC) – Chief Administrator of Harari Regional State, Ordin Bedri received Ambassador of the Netherlands to Ethiopia Henk Jan Bakker at his office where they discussed how to scale up cooperation.

Ordin Bedri expressed gratitude to the Kingdom of the Netherlands for its continued support to the efforts being made by the regional government to increase access of safe drinking water.

The chief administrator called on the Dutch government to scale up its ongoing assistance in finance and capacity building spheres while the Ambassador pledged commitment of his government to step up the existing support to the region in ensuring access of safe drinking water.

Appreciating the endeavors of the region in the clean water development and related sectors, Ambassador Henk Jan Bakker reiterated Dutch government’s enhanced assistance to the region in a way to bolster ties between Ethiopia and the Netherlands.