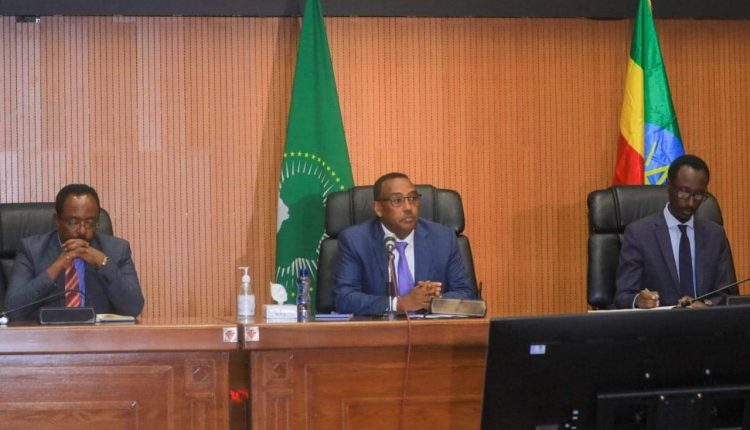 For instance, the Government has declared a unilateral humanitarian truce, has lifted the state of emergency, halted the advance of its troops to Mekelle, released detainees suspected of being affiliated with the TPLF and undertaken other confidence building measures as well.

It is also known that on top of these measures, the government is endeavoring and making a serious effort to ensure enduring peace. In connection with this, it is to be recalled that the Government has expressed its readiness to engage in peace talks without precondition, at any venue and at any time.

The Committee, in its discussion, has emphasized the imperative of alleviating the suffering of citizens in the conflict affected parts of the Tigray, Afar and Amhara regional states. Towards that end and in order to ensure a sustained provision of humanitarian aid as well as to facilitate the resumption of basic services and also to resolve the conflict peacefully; the Committee has underscored that there is a need to conclude a ceasefire agreement as soon as possible.

“To expedite this process, the Committee has deliberated upon and adopted a peace proposal that would lead to the conclusion of a ceasefire and lay the foundation for future political dialogue,” the Committee said in a statement.

The Committee has decided that the proposal should be communicated to the African Union High Representative as soon as possible. Furthermore, in accordance with the decision of the Committee to provide the international community a briefing, so that it would be possible to conclude a ceasefire agreement as soon as possible with the help of entities that could support the mediation effort of the African Union, such briefing has been provided.

Furthermore, the Committee has noted that to facilitate an expedited resumption of basic services within the enabling environment that would be created once a ceasefire is concluded, all necessary preparations are being undertaken.

All effort is being exerted in collaboration with the African Union so that it would be possible to determine the venue and time for talks and to begin peace talks quickly and to conclude a ceasefire agreement shortly.

The Main Peace Committee has urged the appropriate subcommittees and taken note that the federal government already instructed service providing institutions to carry out the necessary activities for the implementation of these decisions.

Members of Bureau of Pan-African Parliament on a working…