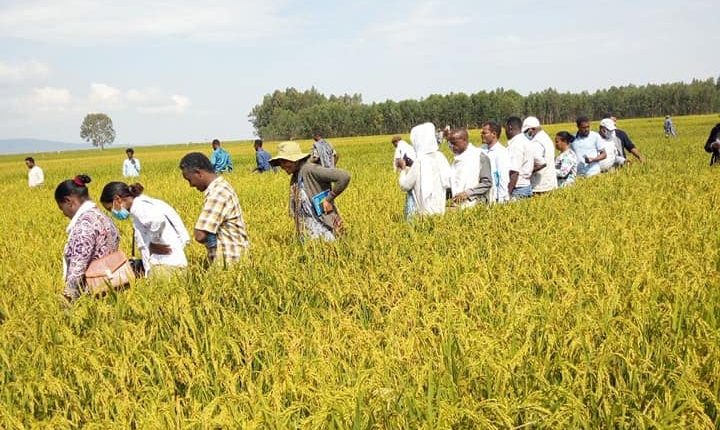 Rice Yield in Amhara Region on the Rise: Institute

Addis Ababa, November 1, 2021 (FBC) – Ethiopians now seem to accustom themselves to include rice, primarily Asia based crop, in their dish.

Efforts thus have been underway for decades to produce the crop at home, including in the Amhara region, to through time substitute its import.

A researcher with the Amhara regional State Agricultural Research Institute Mulugeta Alemayehu says multiplying improved rice seed varieties is now underway as part of growing the productivity of the crop.

He states that out of the developed thirty improved rice varieties, Shaga has now offered the highest produce, fifty quintals per hectare.

The institute now is conducting research in three zones of the region, and the area coverage as well as productivity of the commodity is increasing, Mulugeta adds.

Director of Gonder Agricultural Research Center Asfaw Azanaw says for his part that they are now helping introduce and promote the Shaga variety so as to expand the productivity and coverage of the crop in the area. 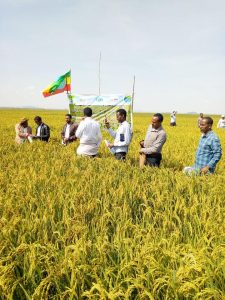 AMC reports that some 5, 200 hectares of land in South Gonder area is said to be covered with rice crop.