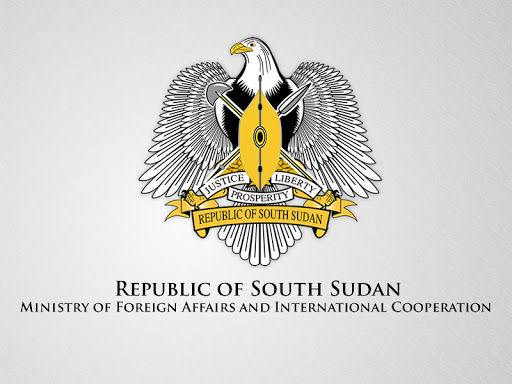 S.Sudan refutes information circulated as if it gave land to Egypt for military base

Addis Ababa, June 3, 2020 (FBC) – The Ministry of Foreign Affairs and International Cooperation of the Republic of South Sudan hereby denied in the information which has been circulated in the social media that the Government of South Sudan has agreed to Egyptian request to build Military Base in Pagak.

In a statement issued today, the Sudanese Ministry of Foreign Affairs and International Cooperation said the information contained in that piece of news is categorically unfounded and baseless.

“There is nothing of that kind. No any agreement has been reached whatsoever to allocate a piece of land for Egyptian Military Base in the territory of the Republic of South Sudan.”, the statement indicated.

Both countries, Egypt and Ethiopia are close friends of South Sudan. They have been cooperating in the implementation process of the Revitalized Agreement on the Resolution of the conflict in the Republic of South Sudan particularly on Chapter Two which deals the security arrangements, by providing uniforms, medicines and recently COYID-l9 items, among others.

Ethiopia has been also assisting in maintain peace and security in the area through the United Nations Interim Security Force in Abyei (UNlSFA), the statement says.

“This spurious allegation and propaganda is waged by enemies of peace in the country so as to stain our relations with our neighboring countries and the entire region.”, the statement stressed.

South Sudan is a peace loving country and will always continue supporting peaceful coexistence with its neighbor, the region and the entire world, for the mutual benefit of all, the statement concludes.