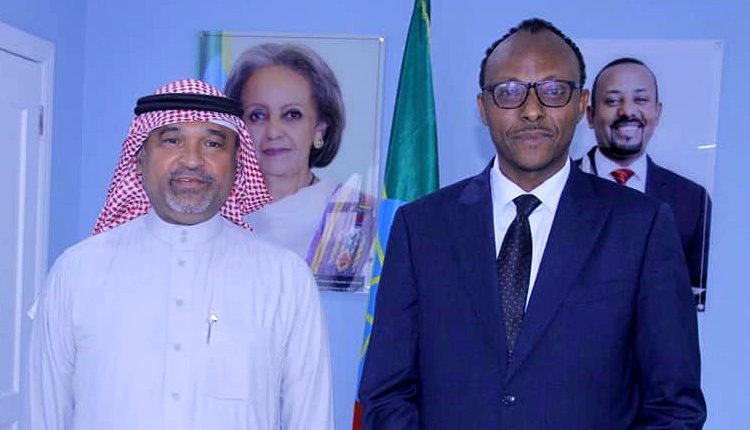 Addis Ababa, November 15, 2021 (FBC) – The Minister of Water and Energy, Habtamu Itefa (PhD), received the Ambassador of Saudi Arabia to Ethiopia at his office.

The Minister thanked Saudi Arabia for its 50 million USD contribution to Ethiopia’s water sector development. They also agreed to work together on water and energy. The Ambassador said “We want to further strengthen the relationship between Ethiopia and Saudi Arabia.”

“We will attract Saudi companies to the mining industry and we will work with the government on the situation of Ethiopians in Saudi Arabia,” he said, adding “Life in Addis Ababa continued as before. We believe that the problem facing from the north will be solved soon”

The Minister, for his part, thanked the Ambassador for understanding the current situation in Ethiopia and said that it would be good for others who want to spread fake news and false information to understand the truth.