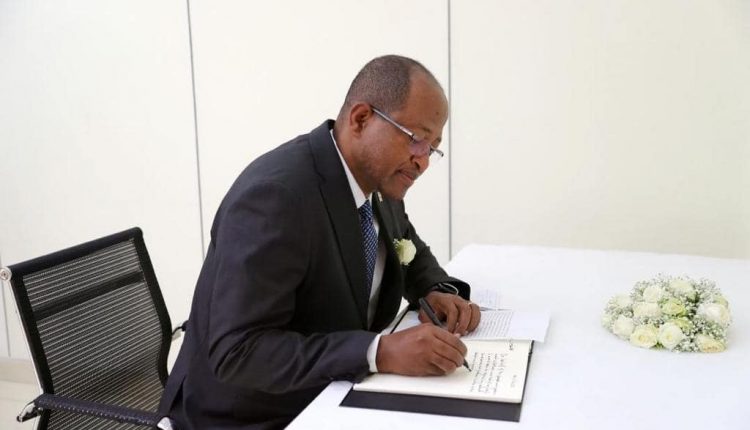 Speaker expresses condolences, profound sorrow to the people and Gov’t of China over the death of former president

Addis Ababa, November 25, 2015 (FBC) – The FDRE Speaker of the House of Peoples’ Representatives, Tagese Chafo, expressed his deepest condolences and profound sorrow to the people and Government of China over the passing away of former President, Jiang Zemin.

Speaker Tagese was present at the Chinese Embassy in Ethiopia and expressed condolences over the death of former Chinese President, Jiang Zemin, to the Chinese government and people.

He said that former President Jiang Zemin was a Chinese leader who had immense contribution to international peace and stability.

The Ethiopian HPR Speaker wished comfort to the people and government of China as well as to the bereaved families of the former leader.