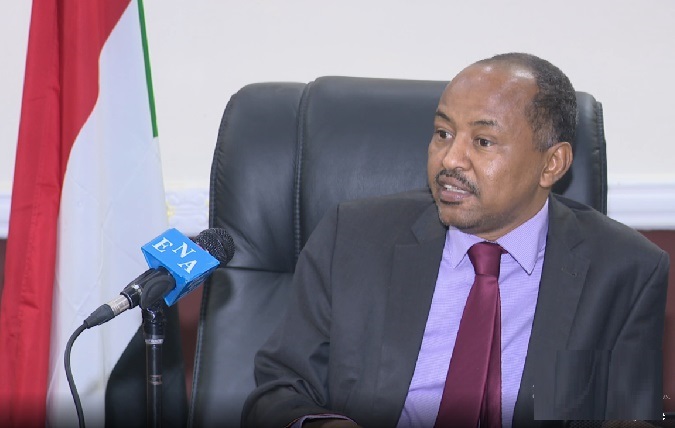 Addis Ababa, February 29, 2020 (FBC) -Sudan will consolidate its support to the Grand Ethiopian Renaissance Dam (GERD) as it “is our view that the dam is not affecting the volume of the water for Sudan,” Sudan’s Ambassador Mukhtar Bilal Abdelsalam said.

The ambassador also downplayed rumors that Sudan has now positioned itself in support of Egypt at the current negotiations underway among the three countries.

According to him, rumors may come from all corners. Yet most of the rumors in this case have come from Egypt by using the social and mainstream media outlets.

“If you look at the three countries, the most advanced nation in these is Egypt. They have more media outlets and agencies. So they are capable of filling the social media platforms and the internet. But sometimes this is not real news,” he elaborated.

Ambassador Abdelsalam told ENA that his country has been providing support and working together with Ethiopia as Sudan has real interest on the grand dam.

“As a matter of fact, Sudan has real interest in this mega hydropower project. So Sudan and Ethiopia have been working together since the beginning. To tell the truth, this project would not have seen light without the help of Sudan,” he added.

The ambassador further explained that Sudan has always been determined in its stand that Nile River should be an area of cooperation rather than this technical issue of water and the filling of the dam.

Sudan is also convinced that GERD will not affect the volume of water it gets from the river, he pointed out.

“It is our view that this dam is not affecting the package of the volume of the water for Sudan because the dam will be producing and generating electricity. I think it produces a lot of electricity that can benefit more than the three countries,” he said.

Ethiopia, Egypt and Sudan have been conducting extensive talks for almost eight years since the beginning of the construction of the Grand Ethiopian Renaissance Dam (GERD) on Nile River.

However, Ethiopia withdrew from attending the recent trilateral negotiation which was scheduled to take place this week in Washington D.C., due to unfinished consultations with national stakeholders.

Ambassador Abdelsalam hoped those postponed minor issues will be resolved and are not of much significance as the countries have gone a long way in this regard.

He stressed that “negotiations on GERD have surpassed the major difficulties and the remaining issues are really the minor parts.”