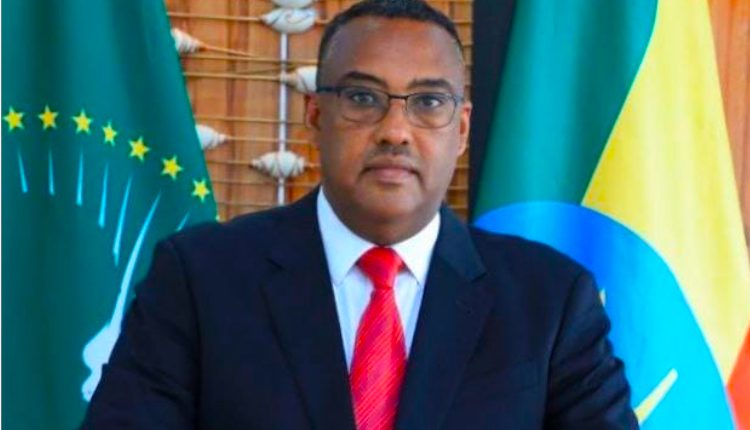 To undermine unity, territorial integrity of Ethiopia in the guise of humanitarian concern unacceptable: Deputy PM

Addis Ababa, June 12, 2021 (FBC) – In a pre-recorded video message, Deputy Prime Minister and Foreign Minister of Ethiopia, Demeke Mekonnen said Ethiopia is disappointed by the campaign that is being waged against its handling of the situation in the Tigray region.

He said “what Ethiopia needs now is concrete support and, a mission to undermine the unity, territorial integrity and the cohesion of the Ethiopian state, under the guise of humanitarian concern is not acceptable”

Ethiopia stands ready to work positively and constructively with all its partners to scale up humanitarian assistance, rebuild social cohesion, and restore basic services in the Tigray region of Ethiopia, the Deputy Prime Minister said.

“Therefore, what the country needs at this critical moment is the support of friends and partners and not uncalled for pressure that would complicate the situation further”, he noted.

Demeke explained “It is extremely regrettable to see that some within the international community have embarked on a mission to undermine the unity, territorial integrity and the cohesion of the Ethiopian state, under the guise of humanitarian concern. We urge these individuals and partners to desist from these unhelpful activities”

Deputy Prime Minister added that accusations labelled against Ethiopia of using hunger as a weapon of war on its own citizens, is an egregious falsehood, and in no way calculated to help foster peace, harmony and stability.

It should be noted that, in the first round of humanitarian response, effort was made to reach out to 4.5 million people in the Tigray region through the delivery of food and non-food items. In the second and third rounds, the relief efforts were able to reach out to 5.2 million people. So far, 170,798 metric tons of foods, worth 135 million USD have already been distributed, he indicated.

“The Ethiopian government has not only demonstrated its willingness and commitment to work with the international community to respond to the humanitarian crisis in Tigray, but it has also provided full and unfettered access for humanitarian actors to operate in all parts of the region, through a simplified blanket approval process. In the areas where safe movement of humanitarian cargo are strained, military escort is offered as a matter of last resort to reach those in need”, the Deputy Prime Minister underscored.

Ethiopia has credible evidence indicating that some actors have attempted to smuggle weapons to arm the terrorist cell under the guise of humanitarian assistance, and this is unacceptable, he stressed.

“There is no doubt about the enormity of the challenges in the Tigray region. It is through working with the government to accelerate the humanitarian response to reach out to every person in need that will address the problem. The Ethiopian government is well aware of its responsibilities towards its own citizens and its obligations under international humanitarian law”

He added saying “The Ethiopian government is using every ounce of its strength to mobilize all the necessary resources from within the country to reach out those in need, but its resources are limited. This is where the support and solidarity of the international community becomes all the more critical. We are grateful to those who lent a helping hand in this regard”

Deputy Prime Minister further reiterated the commitment of Ethiopia to work closely with those partners willing to engage positively and constructively to protect lives and livelihoods.