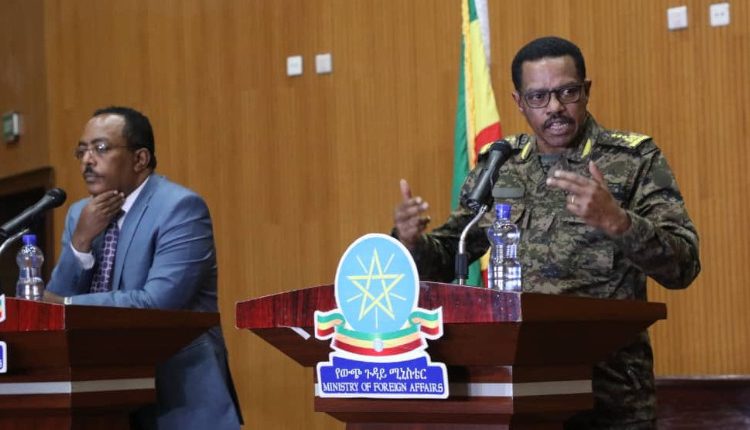 TPLF no longer an existential treat to well-being of Ethiopia: Officials

Ambassador Redwan said the ceasefire considered the objectives of the law enforcement operation, survival of the nation, concerns of the people of Tigray, and the international community.

During the operation, he said, the government aimed to neutralize TPLF militarily, recapture or destroy looted ammunition, set Ethiopian troops free from TPLF, and hold criminals accountable for their impunity.

In this regard, Ambassador Redwan said the government met the objectives, and despite its propaganda, TPLF is no longer an existential threat to the well-being of the nation.

Although TPLF’s capacity to launch conventional war was neutralized within three weeks and many insurgents were decimated through time, the government declared the ceasefire because the Ethiopian army was not ready to exchange fires with people in Tigray who have been misled by the ethnically charged propaganda of the TPLF.

He said the ceasefire would help the people of Tigray to reflect on the pros and cons of colluding with a terrorist group to fight the Ethiopian troops who were providing protection and humanitarian aid in the region.

The law enforcement operation also costs the government about 100 billion birr for rehabilitation and humanitarian works, said the state minister adding that the ceasefire is a pragmatic approach to avoid this financial quagmire too.

The unilateral ceasefire is also an attempt to address the major concerns of the international community for cessation of hostility, unimpeded access to the region, and the withdrawal of Eritrean troops, he said.

In line with the government’s decision, he said the international community now is expected to scale up much-needed humanitarian support to the people of Tigray and give due attention to the recent TPLF bravado belittling the ceasefire and threatening to launch attacks against the Amhara region and Eritrea.

Let.-General Bacha Debele, on his part, said the Ethiopian army was evacuated from Mekelle because Mekelle has ceased to be the center of gravity that is capable of posing a threat to the nation and the federal government.

He also downplayed the claims of TPLF and its sympathizers that said the Ethiopian army was dislodged by the TPLF from Mekelle.

He said the group was defeated in a 3-weeks swift conventional war while it was armed to teeth but now its military, administrative and organizational structure is obliterated and could not make the Ethiopian forces leave the city by force.

He also said the army has to refocus its attention to protecting the country from another national threat, this time an external one, rather than fighting the already incapacitated TPLF.

General Bacha further said the army is ready to respond accordingly if unduly provoked by attacks that compromise the spirits of the ceasefire.